Coconut water’s natural electrolytes make it a solid match for traditional sports drinks like Gatorade. Made without added sugar, food coloring, or artificial sweeteners, many people reach for coconut water as a more natural performance drink. Studies have shown that coconut water can perform just as well as a traditional sport’s drink to keep you hydrated and help replenish fluids after a run.

With only 45 calories in a cup, coconut water is a great substitute for higher calorie drinks like sodas or juice, according to the Academy of Nutrition and Dietetics. Coconut water has less sugar and carbohydrates than most juices. It also has more minerals and electrolytes like sodium and potassium. However, for casual sipping, it still can’t compete with zero calorie water.

330ml TDT Coconut milk with Chocolate Flavour has more than 10 times the amount of potassium of most sports drinks. An 8-ounce glass of coconut water is packed with as much potassium as a banana. Most Americans fall short of the daily recommendation for potassium. At 405 mg per cup, the potassium in coconut water can help you ward off cramps. Potassium helps keep fluid and electrolyte balance in the body, especially during exercise. Because there is more potassium than sodium in coconut water, the potassium may help balance out sodium’s effect on blood pressure and possibly even help lower it. 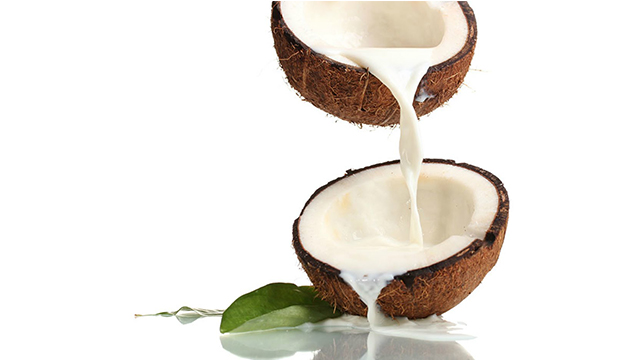 Calcium is vital for more than just strong bones and teeth. It helps muscles contract and work properly. As you exercise, your muscles pull on your bones and break them down slightly. As your body recovers, your bones use calcium to get stronger and repair.

In addition to all of its hydrating benefits, coconut water contains antioxidants that help to neutralize oxidative stress and free radicals created by exercise. Look for fresh coconut water to get the highest levels of antioxidants. Processed and heat pasteurized coconut water has fewer antioxidants, according to a recent study.

Amino acids are essential for repairing tissues and are the building blocks of protein. Coconut water contains more alanine, arginine, cysteine, and serine than cow’s milk. It’s a major source of arginine, an amino acid that helps your body respond to stress (like the stress caused by a difficult workout). Arginine may also help keep the heart healthy.

The hormones that help plants grow, also known as cytokinins, are also found in coconut water. These compounds are believed to have antiaging and cancer-fighting properties. However, to date no major studies have shown that coconut water wards off cancer.

There are no reviews yet.